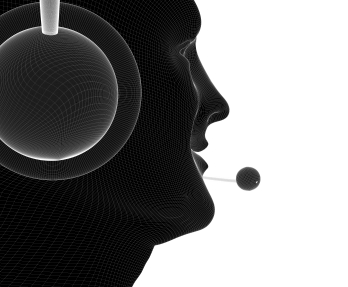 We implement online radio channels based on the following systems: Event Radio for re-broadcasting of live events. Musical setting and advertising solutions for chain stores (In Store Radio) and Radio Solutions for Internal Communication (Staff Radio). To implement online radio broadcasting, we use the latest technologies, both in terms of streaming servers and automation software.

Chambalabamba Radio is a world music station that broadcasts 24/7 in high quality audio from The Sacred Valley of Vilcabamba, Ecuador

Internet radio (also web radio, net radio, streaming radio, e-radio, IP radio, online radio) is a digital audio service transmitted via the Internet. Broadcasting on the Internet is usually referred to as webcasting since it is not transmitted broadly through wireless means. It can either be used as a stand alone device running through the internet, or as a software running through a single computer system. Internet radio is generally used to communicate and easily spread messages through the form of talk. It is distributed through a wireless communication network connected to a switch packet network (the internet) via a disclosed source. Internet radio involves streaming media, presenting listeners with a continuous stream of audio that typically cannot be paused or replayed, much like traditional broadcast media; in this respect, it is distinct from on-demand file serving. Internet radio is also distinct from podcasting, which involves downloading rather than streaming. Internet radio services offer news, sports, talk, and various genres of music—every format that is available on traditional broadcast radio stations. Many Internet radio services are associated with a corresponding traditional (terrestrial) radio station or radio network, although low start-up and ongoing costs have allowed a substantial proliferation of independent Internet-only radio stations.

The Real Time Streaming Protocol (RTSP) is a network control protocol designed for use in entertainment and communications systems to control streaming media servers. The protocol is used for establishing and controlling media sessions between end points. Clients of media servers issue VCR-style commands, such as play, record and pause, to facilitate real-time control of the media streaming from the server to a client (Video On Demand) or from a client to the server (Voice Recording). The transmission of streaming data itself is not a task of RTSP. Most RTSP servers use the Real-time Transport Protocol (RTP) in conjunction with Real-time Control Protocol (RTCP) for media stream delivery. However, some vendors implement proprietary transport protocols. The RTSP server software from RealNetworks, for example, also used RealNetworks' proprietary Real Data Transport (RDT). RTSP was developed by RealNetworks, Netscape[1] and Columbia University, with the first draft submitted to IETF in 1996.[2] It was standardized by the Multiparty Multimedia Session Control Working Group (MMUSIC WG) of the Internet Engineering Task Force (IETF) and published as RFC 2326 in 1998.[3] RTSP 2.0 published as RFC 7826 in 2016 as a replacement of RTSP 1.0. RTSP 2.0 is based on RTSP 1.0 but is not backwards compatible other than in the basic version negotiation mechanism.